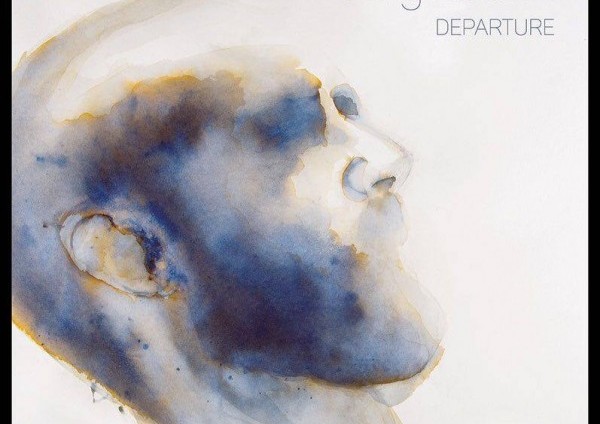 Gary’s First E.P. – Departure is now available in the shop on this website, released 6th April 2016. It was recorded at Cream Room Sound Productions  in Hertfordshire UK with John Dines. Mixing and Mastering was by Eric Spizer-Marlyin of the Hitbox Alternberg (of Thomas Leeb, U2 and Brian Eno fame).  The EP consists of 2 cover versions arranged by Gary Lutton and 2 Originals. The EP Art work was designed by Jordan Shearer. Production – Chris Thomas

What Gary says about the tracks:

Fleetwood Mac have been a favourite of mine for a long time. I wanted to arrange Everywhere since I started playing fingerstyle but just couldn’t work it out fully on the guitar until recently. The tricky part was trying to get the whole thing to flow as a lot of melody sits on the same note. I took a lot of liberties with this one so it’s more of an impression of the original rather than a strict arrangement.  Tuning (DADF#AE)

I had been listening a lot to a South African singer called Johnny Clegg, when I wrote this one. A lot of the percussive fills are inspired by the percussionists on his records. The main influence though is Van Morrison. I love the way he takes a really simple idea and plays with it – it’s naïve and esoteric at the same time. The title comes from the opening lines of his song Astral Weeks – “If I ventured through the Slipstream, between the viaducts of your dream” . Tuning (DAEF#AE)

This one was a Rodrigo Y Gabriela arrangement I did during the heats of Sky Arts Guitar Star. I had Rod and Gab as mentors and was given 6 days to arrange any song from their album, 9 Dead Alive, and perform it at Bush Hall in front of them. Again I took a lot of liberties and it’s played at about half the speed of the original… but there’s only one of me. Tuning (DADGAD)

I played about with the main melody for Slow Blink for a long time before it became a finished composition. The idea was to have everything resonating. The main melody is played on harmonics leaving the bottom string free, giving the impression that two melodies are intertwining. Tuning (DADGAD (capo 2))

You can see a short Video of the Recording Session Here

IF YOU WISH TO SEND A REVIEW OF DEPARTURE EP PLEASE ENTER YOUR FEEDBACK IN COMMENTS BELOW:

I love this the best thing I have heard in ages, the new Eric Roche!

OMG I just fell in love listening to Slow Blink

The most beautiful and evocative renditions ever! To here it is one thing however, to see the connection with your guitar and the emotion with which you play is pure mastery!! How can I purchase these songs and videos to include “This Woman’s Work”? Gary you’re a truly amazing artist! I look forward to your next projects.