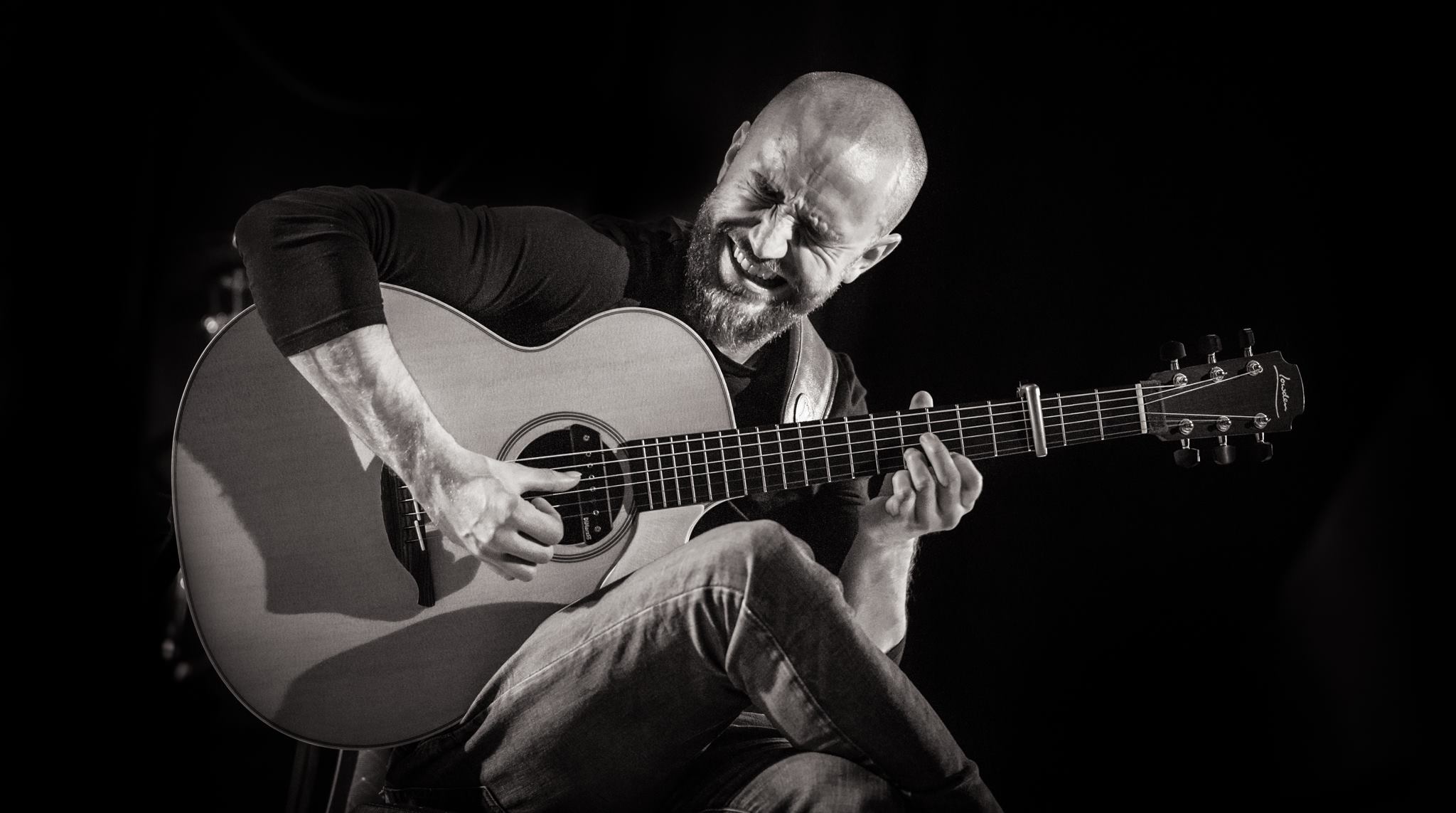 Come and join us for our regular monthly Friday night gig at the EastSide Visitor Centre, featuring guitarists Gary Lutton and Gavin Ferris.

Gary Lutton is an instrumental acoustic guitarist from Belfast. As the winner of Guitar Star (2015) he had the opportunity to work with legends Rodrigo y Gabriela, Mike Dawes & Paco Pena. Gary has also played with Thomas Leeb, Newton Faulkner, Jacques Stotzem, Chris Woods Groove and as part of Nitin Sawhney’s band. His unique style draws the listener into his world as he blends interesting percussive techniques with intricate harmonies, melody and the bass of a live band.

Belfast’s own Gavin Ferris has been performing live for a number of years now and has been wowing audiences with his take on fingerstyle guitar playing. His music combines chord-based grooves, soaring melodic runs and polyrhythmic percussion, fulfilling the orchestral potential of the guitar body.  Playing a healthy mix of original compositions and unique arrangements, Gavin’s style encompasses many music forms, including Rock, Contemporary, Flamenco, Jazz and Blues, while still holding on to his Irish traditional roots. With his unique sound and striking stage presence, Gavin has carved out a reputation as a one of Northern Ireland’s top performers.

John Andrews has a distinctive voice, like he’s been soaked in a vat of bourbon. His music incorporates blues, jazz, and experimental tendencies verging into folk and punk. His lyrics frequently present atmospheric portraits of grotesque, often seedy characters and places, although he has also shown a penchant for more conventional ballads.

MossBound are a country duo comprised of singer-songwriters Dearbhla & Caoimhe Moss; sisters who share a love of music and song-writing. The duo formed formally in 2015, although they have been singing together all their lives.  Most of their time is now spent in the studio where they are currently working on their new album.

With a line-up of four fantastic performers to entertain and delight, we invite you to BYO tipple and join us for a great night of music. What could be a better start to the weekend?